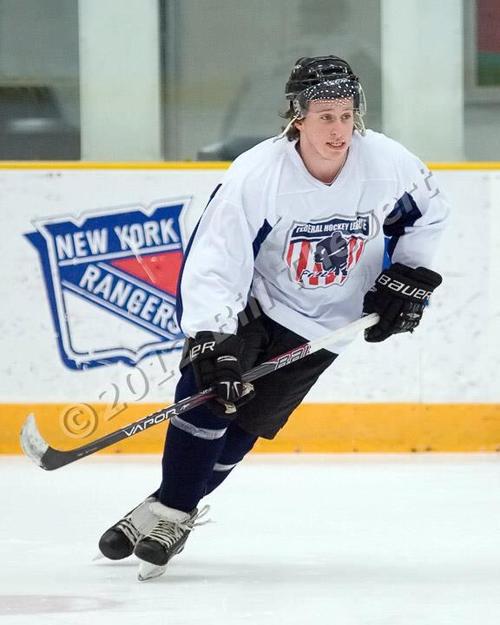 Coach Mike is the head coach, owner, and founder of Top Shelf Hockey Clinics. Mike started his hockey career playing in the Long Island Amateur Hockey League for the Great Neck Bruins and later, the Greater New York Stars and the Long Island Edge. Additionally, Mike played four years of Varsity hockey at Saint Francis Preparatory School where he was named Team Captain. After high school, Mike went on to play Junior hockey for the Metro Fighting Moose of the Continental Hockey Association and the New York Bobcats of the Atlantic Junior Hockey League. In 2010-2011, Mike played college hockey for the ACHA D1 Stony Brook Seawolves. In 2011-2012, Mike signed his first professional contract with the Brooklyn Aviators of the Federal Hockey League (FHL) and finished the season with the Delaware Federals of the Federal Hockey League. From 2011-2015, Mike continued his pro-hockey career in the FHL playing for the Cape Cod/ New York Bluefins, the Berkshire Battalion, and the Steel City Warriors. Mike was named Assistant Captain of the New York Bluefins in 2012 and Assistant Captain of the Berkshire Battalion in 2014. Mike is the Head Coach of the Saint Francis Prep Terriers and runs hockey clinics for skill development of athletes year-round. Mike is also a certified personal trainer and has received his credentials from the American Fitness Institute. He looks forward to bringing his extensive hockey knowledge back to the athletes of the CHSHL and the LIAHL. 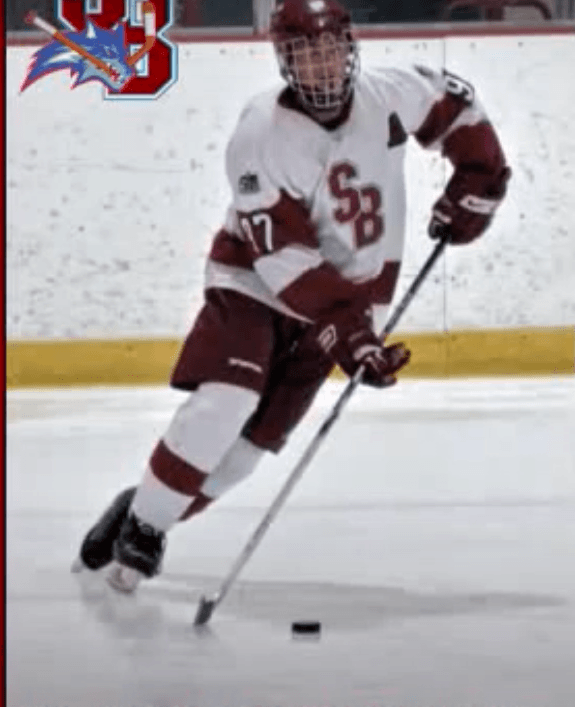 Dan Capizzuto is a skill development coach and personal trainer who is the owner of Sticks, Skates, & Weights Hockey Training. Dan started playing travel hockey for New York Apple Core in 1995. During his youth hockey career, Dan played for New York Apple Core, The Ramapo Saints, and Team Snapple Express. In 1999, Dan entered Archbishop Stepinac High School where he played four seasons on both forward and defense, eventually being named Team Captain. In 2003 Dan started his Junior hockey career with the Brewster Bulldogs Junior Hockey Program, eventually moving on to the Hartford Wolfpack Junior Hockey Program. In 2005 Dan committed to play college hockey at Stony Brook University where he played four seasons and was named an Assistant Captain. In 2009 Dan signed a professional contract with the New York Aviators in the Federal Hockey League (FHL). A short time later, Dan hung up his skates and started his coaching career as an Assistant Coach with the Brewster Bulldogs Junior Hockey Program, eventually moving on to the Scarsdale Raiders Midget Hockey Program. Dan is currently the coach for the Bellemore/Merrick Bulldogs Junior Varsity Team. Dan trained under and worked with Laura Stamm as a Strength and Conditioning Coach as well as a Camp Director. Dan has taken all of his experiences in the hockey world and applied them to his training both on and off the ice. Dan has been an Assistant Coach and a Strength and Condition Specialist at Top Shelf Hockey for two seasons who has expertise in both on ice skill development and dryland hockey-specific training. 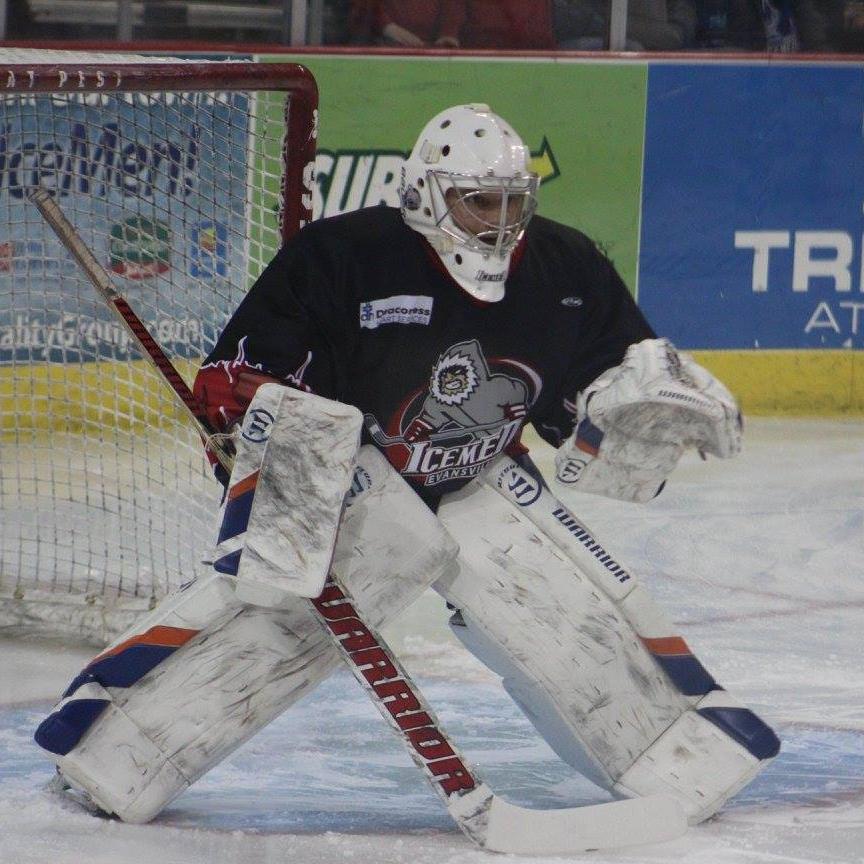 Brent Troyan is a Goaltending Coach, owner and founder of The Troyan Goaltending Academy, coach of the Long Island University NCAA D1 Women’s Ice Hockey Team, and is the head of goaltender development for their organization. Brent has played professional hockey from 2009-2018. During the course of his nine-year career as a professional goaltender (ECHL, SPHL, and FHL), Brent has worked with elite coaches and players honing his skills. During off-seasons, Brent was a highly sought-after goalie coach for the largest youth hockey development camp in the nation, Pro Ambitions. In 2017, Brent was promoted to Director of Pro Ambitions Goaltending where he worked with Mike Buckley, goaltending coach of the NHL Pittsburgh Penguins.  In 2019, Brent took over the role of Director of Goaltending exclusively. Brent teaches fundamentals and technique while encouraging confidence, athleticism, and individual goaltending style. 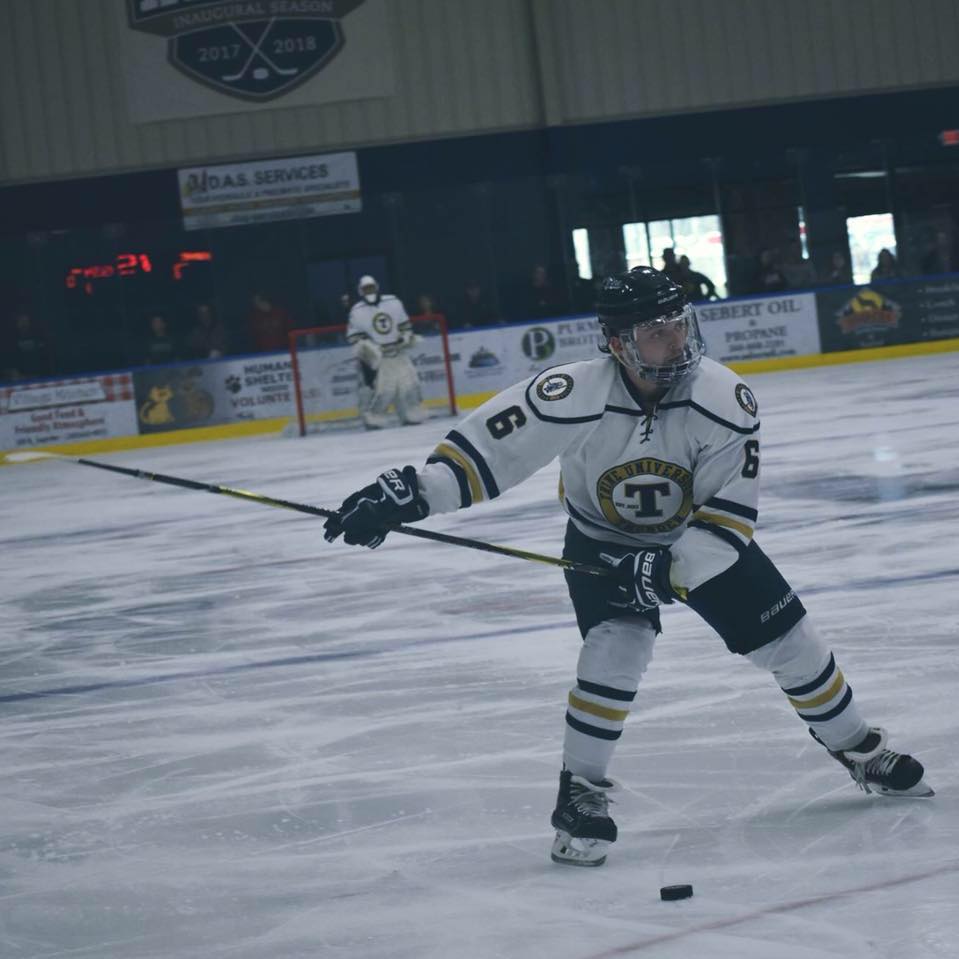 Chris is a former student of the Top Shelf Hockey Program. Chris started his competitive hockey career at age 12 with the Great Neck Bruins PeeWee team and soon thereafter decided he wanted to take his game to the next level. In the years that followed, Chris developed his game on both the offensive and defensive side of the puck, eventually going on to play for the Suffolk Juniors Program in 2012-2013 and the Metro Fighting Moose Junior Hockey Program in 2013-2014. From 2014-2016 Chris moved on to play for the New Jersey Hitmen Junior Hockey Program and eventually the Connecticut Nighthawks Junior Hockey Program. Chris committed to play NCAA Hockey for Daniel Webster College, playing his Freshman and Sophomore years there before making the decision to finish school at home to play for ACHA Stony Brook University Ice Hockey. Chris has been an Associate Coach at Top Shelf Hockey for three seasons and is looking forward to continuing to develop the next generation of hockey players. 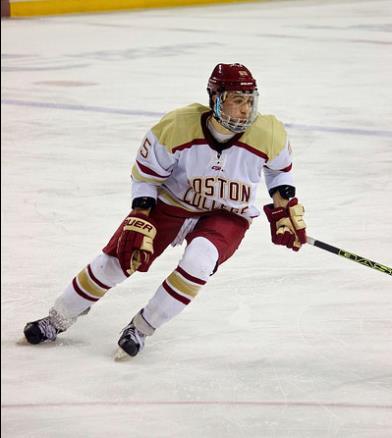 Anthony is a former student of the Top Shelf Hockey Program. Anthony started playing travel hockey with the Great Neck Bruins Hockey Program. Anthony made the decision to bring his game to the next level and started training with Top Shelf Hockey Clinics in 2010.  Anthony completed his youth hockey career with the Great Neck Bruins and played four years for Jericho’s Varsity Ice Hockey Team where he broke school records for points as he led his team to a championship. Anthony moved on to the Suffolk Juniors Program in 2012 where he was recognized for his leadership qualities as he was named Team Captain. Anthony’s Junior Hockey career came to an end in 2013 when he made the decision to play for Boston College ACHA Hockey Team. Anthony played four seasons at Boston College before graduating in 2017. Anthony is now a medical student at Touro College who has been an Associate Coach at Top Shelf Hockey for four seasons. Anthony is excited to show younger athletes the level of professionalism and the work ethic that is necessary to become a more impactful hockey player. 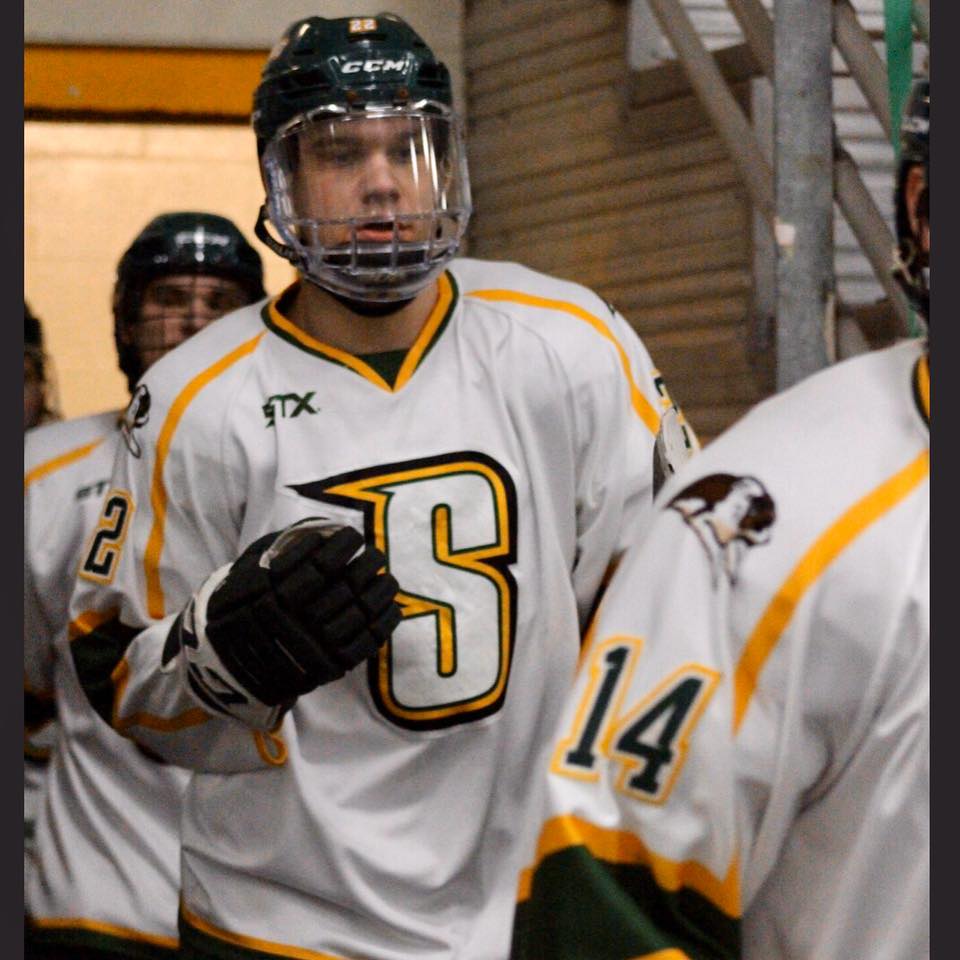 George is a former student of the Top Shelf Hockey Program. George grew up in Queens playing recreational hockey. George got his first taste of competitive hockey at age 13 where he played for Saint Francis Preparatory High School. George was a walk-on and, as a freshman, made the conscious decision to outwork the competition. George started training with Top Shelf Hockey and earned a spot on his first travel hockey team, the Long Island Icecats. George eventually played for the AAA Long Island Jaws. George graduated from Saint Francis Preparatory High School as the most improved player and one of the team’s most valuable assets. After high school, George again defied the odds by walking onto Siena College’s ACHA Hockey Team. George went on to play four years and a fifth post-grad year of college hockey for Siena. George has been an Associate Coach at Top Shelf Hockey for three seasons and is always pushing athletes to get out of their comfort zone and exceed expectations.